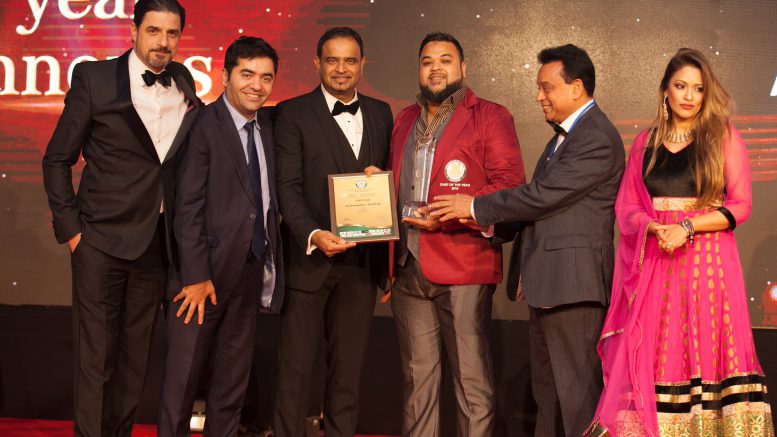 A Beckenham chef fought off strong regional competition to win a Chef of the Year gong at an awards ceremony last month.

Chef Mahmudur Rashid, from Agra restaurant on Upper Elmers End Road, was one of 11 recognised for their talents by the Bangladesh Caterers Association (BCA) at this year’s awards – the theme of which was ‘The Home of Great British Curry’.

The BCA Awards are now in their 14th year and its chef awards are highly regarded by the Bangladeshi curry industry. The winning chefs were rewarded for their innovation, presentation of food, hygiene standards and customer service; and had to compete with thousands of entrants.

Winner Mahmudur Rashid said: “Our hard work has paid off and we are very proud to win BCA’s Chef of the Year Award for our region. We need the support of local people to come and experience our food and support the British curry industry – cooking curry is our first-love.”

The awards ceremony, which took place on October 27, was held at the Park Plaza Hotel in Westminster and was attended by a number of high-profile guests including Tasmin Lucia Khan, a British film producer and TV news anchor who is known for being the face of BBC Three News and Alexis Conran, radio presenter, actor and Celebrity Master Chef winner 2016.

President of the BCA, Mohammed Munim, added: “BCA Awards are not just about the talent of these hardworking chefs, but about supporting local communities and high-streets.”