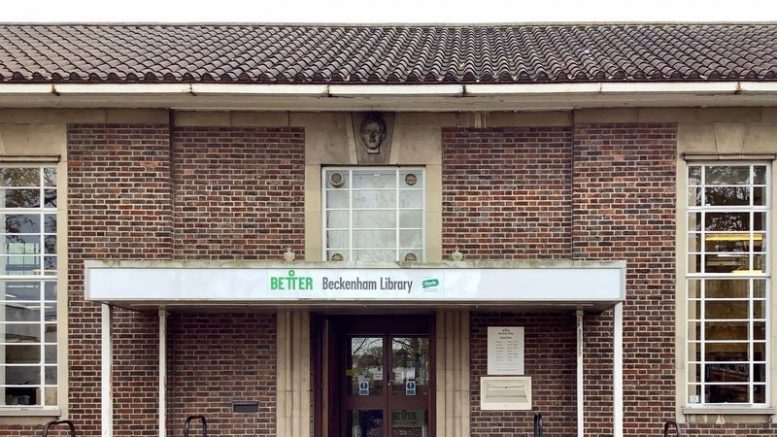 More than 2,000 local residents have strongly opposed plans by the council to move Beckenham Library from its current location by the Spa Leisure Centre to Beckenham Public Hall in an effort to make way for new housing.

Labour councillor for Clock House ward, Ian Dunn, set up a petition opposing the move which was signed by more than 1,000 people in just 24 hours.

Bromley Council estimate that 46 housing units could be accommodated on the site with “no net loss of the surrounding green space” and it is anticipated that the development would consist of 50% affordable housing. However, it is unclear whether there will be any social housing made available as part of the move.

However, some residents are more welcome of the move, including one who commented: “It makes more sense to have the library so close to Beckenham High Street and hopefully used by more people”.

Labour councillor Ian Dunn said: “Quite simply, this proposal is robbing Peter to pay Paul; it is terrible news for the many families who visit Beckenham Library and the Spa in one journey. And it makes no sense at all to split these facilities when the council is merging them into one site elsewhere.”

The council say that in 2018/19 Beckenham Library received 127,514 visits and it estimates that the new venue will attract 150,000 visit each year. News in Beckenham is approaching Bromley Council to learn how these figures have been calculated. Beckenham Library also ranked third in terms of library visitors out of Bromley’s 14 libraries last year.

Conservative Copers Cope ward councillor, Michael Tickner, told News in Beckenham: “This would be more convenient for shoppers and town centre visitors, but a little less convenient for some library users. The decision on whether to look at this proposal will be taken by the Council’s Executive on November 27 at 7pm at Bromley Civic Centre.

“Bromley has a good record of protecting and upgrading its libraries. When Orpington Library was moved from The Priory to the town centre, visitors and book use increased dramatically. Another driver of this initiative is the need for more housing. By combining the Public Hall with the Library in one listed building, the present library site can be used for new homes.”

The existing Beckenham Library was built in 1939 and the council will make a final decision on the plans at an Executive meeting on November 27.

At the time of writing the petition had been signed by more than 2,100 people. You can find the petition here: https://www.change.org/p/bromley-council-save-beckenham-library

1 Comment on "Plans to relocate Beckenham Library met with opposition"