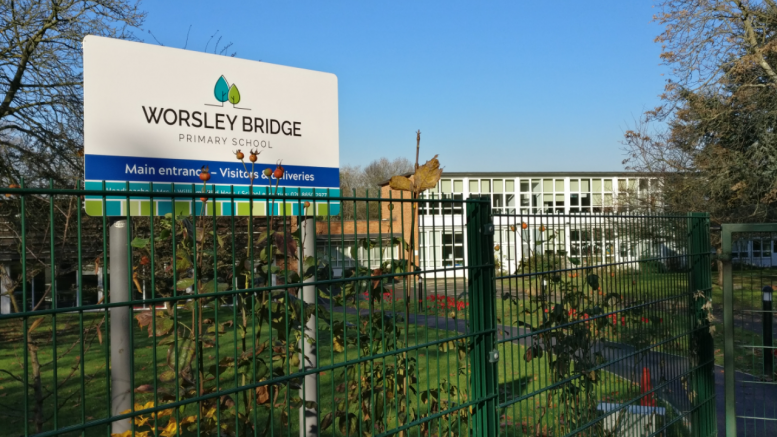 A Beckenham primary school has received a rating of ‘Good’ across all categories in its first Ofsted inspection since reopening as part of a Multi Academy Trust (MAT).

Worsley Bridge Primary School, which is located on Brackley Road and caters for almost 400 pupils, was visited by Ofsted inspectors over two days in September.

The school became part of a Multi-Academy Trust (MAT) – the Nexus Education Schools Trust – after it was reopened in 2015. In 2014 the school has been given a rating of ‘Requires Improvement’.

In its latest report, Ofsted awarded the school ‘Good’ in the following areas: Effectiveness of leadership and management; Quality of teaching, learning and assessment; Personal development, behaviour and welfare; Outcomes for pupils and Early years provision.

The report noted that the headteacher had “established a clear vision for the school”; a vision which was “shared” by staff.

It added that: “The headteacher and leaders have brought about consistent improvement in the school. This has led to improvements in teaching and in pupils’ achievement across the school, including the early years.”

“Almost all pupils make good progress in reading, writing and mathematics in all year groups, and standards have risen over the last two years in Key Stages 1 and 2.

“Pupils behave well and have a good understanding about how they can keep themselves safe in different situations.”

In order to improve further the school has been tasked with creating a more challenging environment for the children as “the most able pupils are not always given sufficient challenge”.

Headteacher Rebecca Williams told News in Beckenham: “We are delighted by the result and are so pleased to finally have the inspection under our belt. The staff here at Worsley Bridge have worked exceptionally hard to secure the outcome our community deserves.

“The children and their families are truly wonderful and have played an important part in driving through the many positive changes we have made and we are looking forward to continuing our journey together.”

The wild swimming lake at Beckenham Place Park is due to open next week when government lockdown restrictions on organised sports are eased... ... See MoreSee Less

Wild swimming lake to reopen next week – News in Beckenham

The wild swimming lake at Beckenham Place Park is due to open next week when government lockdown restrictions on organised sports are eased.
View on Facebook
· Share