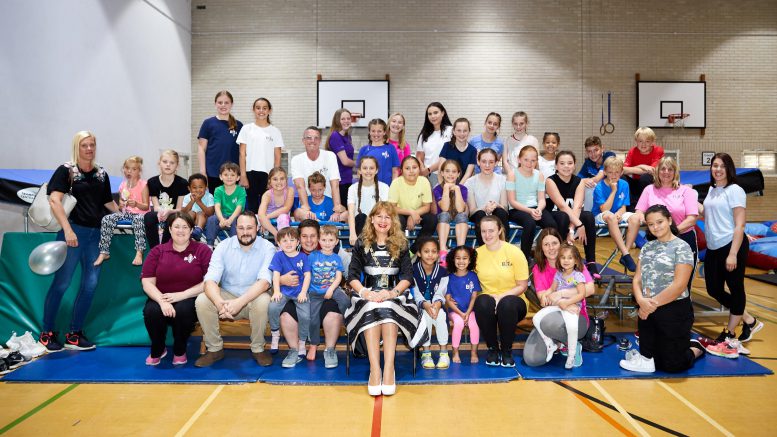 Bromley Trampolining Academy (BTA), which only opened in September last year, held the marathon Open Day on June 16 at The Spa leisure centre. More than 250 people attended along with Mayor of Bromley, Kim Botting.

More than £1,500 was raised on the day with the profits split equally between BTA and mental health charity Young Minds – a cause close to the heart of head coach, Rosh Mulvany.

Rosh told News in Beckenham: “Sport is such a positive way to influence mental health and create a supportive atmosphere for young people. I’m a firm believer that sport should be accessible to all. It’s not just about winning medals, but about creating a strong network which enhances physical, mental and social attributes.

“A couple of years ago, a young girl that I used to coach took her own life. She was 14.  A life that was taken far too early; the pain lives on in those that knew her.  As a community it is important to tackle such issues.  With 1 in 10 young people in each classroom suffering from a diagnosed mental illness our club decided to fundraise for Young Minds.

To date the academy has 28 competitive members and coaches a further 51 recreational members. 14 members of the club have also qualified for the London Regional Championships 2018; a remarkable achievement for a club who has only been running for nine months.

Rosh thanked the BTA volunteers who have had an “incredible impact” and gave a special thanks to Mytime Active for their support. General Manager of The Spa Leisure Centre, Brian Lamplough, supported the event and even had a bounce on the trampolines himself.

Money raised for the BTA will go towards a new trampoline, which will create an additional 30 spaces every week.

The club offers a pay as you go adults session and a family session which offers an open session for age two through to adult, including the provision for those with special needs. From September 2018 they will be extending their provisions to include a session for young people with autism.

Anyone interested in trampolining, whether it be trialling out for the competitive side of the club, enjoying recreational trampolining, coaching or volunteering they should contact bromleytrampoliningacademy@outlook.com or contact Rosh Mulvany on 07835 536965.