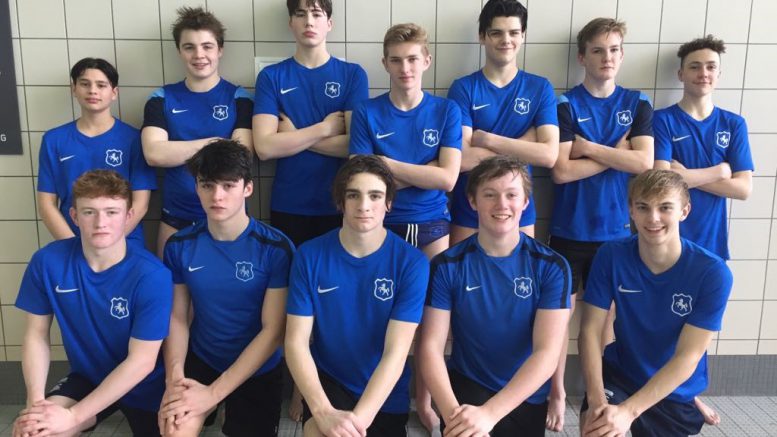 The Beckenham Water Polo club is celebrating its 125 year anniversary in style after one of its boys teams made it to the finals of a national competition for the first time in the club’s history.

Beckenham Water Polo Club’s Under 17s boys made it to the finals of the Swim England National Age Group (NAG) Championships in Manchester which took place on Saturday, April 14 and Sunday, April 15.

An incredible run saw the from their preliminary group and then beat some of the country’s top teams to finish second in their qualification group, making it through to the finals. The team took on reigning champions City of Manchester in the semi-finals, but were defeated 18 goals to 8 – a stellar performance considering their opponents went on to win the title for a second consecutive year.

As a result, the Beckenham team went into a third-place playoff but narrowly missed out on the bronze medal after losing a hard-fought game against Sheffield 11-10.

Head coach James Spencer-Boyce, who plays for Beckenham Mens 1st team as well as Great Britain under 19s, told News in Beckenham: “We are gutted not to have come away with a medal. We fought so well and put in an admirable performance.

“I’m so proud of what we have achieved and bearing in mind the resources we have available to us in comparison to some of the other teams we can go home very happy that we not only competed but nearly won a medal.

“Our captain Jude Tinkler-Davies played phenomenally throughout the competition and was inspirational. Our keeper Toby Masray was excellent on the second day and there were other fantastic performances from Charlie Hill, Rowan Gooding and ‘Nacho’ Max Rowley-Sanchez.

“We have done our club proud and south London proud. I was very emotional seeing these boys play the way they did.

“I just want to take the opportunity to thank Simon Woolley, Nick Jackson, my assistant coach Jez Hill and Julian Moore for the unbelievable time they put in volunteering to coach our junior players. Without them, the range of young talented players we see now would probably not exist.”

The club’s senior team are regarded as one of the capital’s best teams and consistently challenge for the London league title.

The club currently has over 125 members making it one of the largest in the UK. Training takes place at West Wickham Leisure Centre and Alleyn’s School in Dulwich.