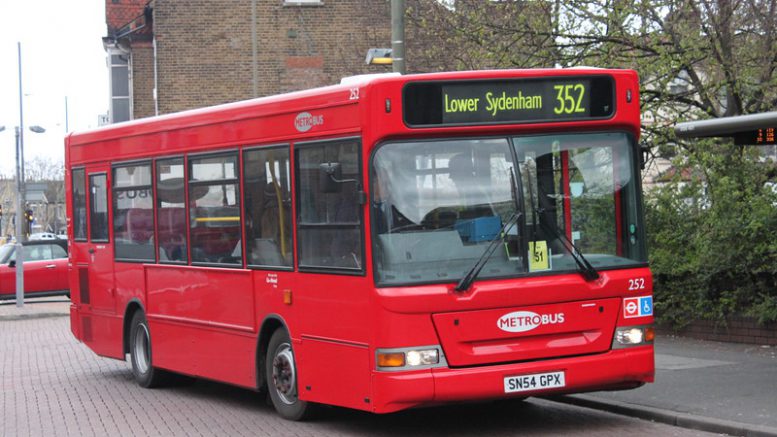 Local residents have come together to praise an extraordinary Beckenham lady who single handedly campaigned for the 352 bus to run on Sundays and Bank Holidays.

Three years ago, Jennifer Walkerdine, then aged 63, began gathering signatures from local residents along the 352 bus route in an effort to pressure TfL into running a Sunday and Bank Holiday service, without which many residents would be unable to get around.

Jennifer set out on her mission after previously approaching TfL and being told that they wouldn’t run a Sunday bus service. Over the course of six months she managed to gather an incredible 1,200 signatures.

After sending the names to TfL and continuing to apply pressure a Sunday and Bank Holiday service was introduced.

Jennifer told News in Beckenham: “Even now I get people come up to me and say ‘are you the lady who got the bus running? It’s a godsend what you did’. It’s always so nice to hear that it’s helped other people.”

In a Facebook post, local resident Charl Dickson, said: “On behalf of myself and I’m sure many many others, I’d like to say a huge thank you to her for all her hard work which finally paid off.”

Fellow resident Deborah Kinchin commented: “Thank you Jenny. I have used the 352 on a Sunday and I’m grateful for your tenaciousness.”

Rebecca Try, added: “Jenny was one of my Granny’s best friends and is one of the most wonderful women I’ve ever met. I didn’t know she was doing this, but it doesn’t surprise me in the slightest; she spends all her spare time visiting those who find it difficult to leave their homes.”