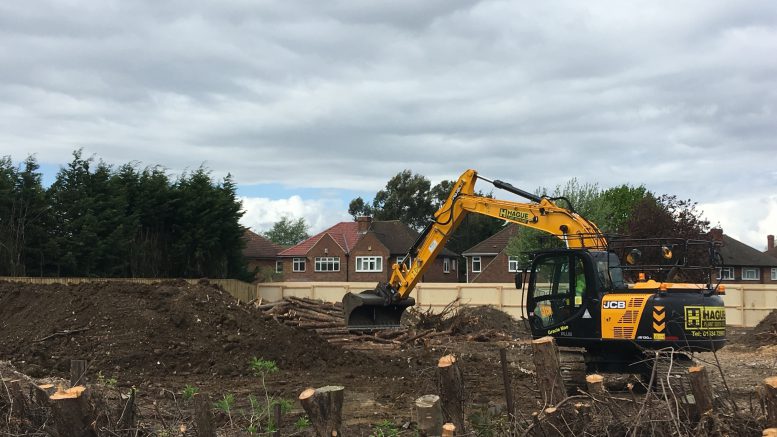 Work has begun on the construction of Eden Park High School in Beckenham which, when finished, will house up to 1,600 pupils.

The Education of the 21st Century (E21C) Trust, which runs the school, was granted permission to begin building works at Bromley Council’s plans sub-committee meeting back in February.

Multiple diggers are currently laying the groundworks with the new school expected to be completed in time for September 2019.

Having officially welcomed its first intake at its temporary site at The Ravensbourne School in Hayes Lane last year, both students and staff are looking forward to making the move to the permanent site in just under 18 months’ time.

“It’s the culmination of a lot of hard work from local parents, local people and the E21C Trust, all of whom are delighted with the plans for the school and the progress so far.”