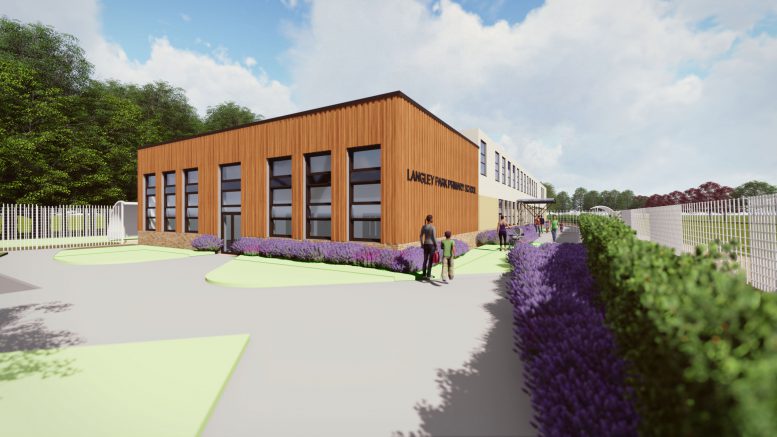 Bromley Council has given the green light to a new 420 pupil primary school on the Langley Park site in Beckenham.

The council approved the planning application last night to build a permanent site for Langley Park Primary School on Hawksbrook Lane – which is also the current site of Langley Park School for Girls.

The primary school is currently located at a temporary site at the Hawes Down Centre in West Wickham. At the moment it has a single year group which was enrolled in September 2016 and is made up of 46 pupils and eight staff members.

The new school building, which will be built on the existing hard surface tennis courts at the site and is expected to open in September 2018, will house 420 primary school students and 30 full time staff once it reaches full capacity in 2022.

The development will cover a floor area of approximately 2,300m² arranged over two storeys. The site will provide on-site vehicle parking for both staff and visitors with a dedicated drop-off and pick-up point to the north of the site facilitated through the widening of Hawksbrook Lane.

Hayley Starr, acting head of Langley Park Primary School, said: “This is the news we’ve been waiting for for so many months. My colleagues can hardly wait to start work in the brand new building. We’ve had a fantastically successful year and a half term despite the temporary site, and I want to thank the staff and parents for bearing with us.”

More than 75 local residents wrote to the council to support the proposals with 20 objecting. Sport England lodged an objection due to the impact the development would have on the current playing field.

Other objections from local residents included that there was already a lack of parking space at the girl’s school which has “caused problems in the area” and that traffic would “significantly” increase around Hawksbrook Lane.  However, many welcomed the plans citing the increase in school places as a major factor.

Despite gaining planning permission, the proposals must also be referred to the secretary of state and the Mayor of London.

What are your views on the new primary school plans? Email editorial@newsinbeckenham.co.uk

1 Comment on "Langley Park Primary School gets the go ahead"